Posted by Rhia Fraser's media AS blog at 11:53 No comments:


How did you use media technologies in the construction and research, planning and evaluation stages?

Posted by Rhia Fraser's media AS blog at 04:37 No comments:

What have you learned from your audience feedback?

My target audience is between the ages of 18 and 24 and consists mainly of females- with only a small percentage of it being male. The song I chose is sung by a woman therefore I thought that it would be appropriate to have a female lead in my music video; additionally I believe that because the majority of my target audience is female it was important that they in particular could relate to the music video.

When creating my main product and ancillary texts my main aim was to please my target audience therefore if they did not find them appealing, they would have been unsuccessful. Gaining feedback from my target audience was critical because without it, it would have not been possible to know whether they would enjoy the products. Feedback helped me understand what it was that my target audience wanted and how I could go about meeting their expectations. I decided that I would gain feedback during the most important stages of making my three products; these stages were initial ideas, construction and final products. Throughout all three of the production stages I decided to gain feedback in a variety of ways; one of the main reasons that I did this was because people generate feedback differently depending on the ways that they are asked to give it. When people gave written feedback they were very clear about how the overall product could be improved, for example when I handed out slips of paper to my target audience and asked them to write  down comments about my music video, many of the comments were very general such as ‘more interesting transitions’ or ‘a wider variety of camera angles’. These comments were very useful because they helped me understand how I could ensure that the overall product was something that they would be interested in. I used comments like the ones above to create a more visually appealing music video, initially I planned to use stop motion consisting only of close ups of the female lead however after reading through the advice from my target audience I went against this idea and presented her using different camera angles such as mid shots and long shots and this is an example of how general feedback is just as useful as specific feedback.

However when I needed feedback on my ancillary texts I decided that speech was the most effective technique for me to receive it because my target audience would be much more specific about what it was they felt I needed to change. A prime example of this was when I gained feedback on my digipak, the people asked, expressed very clear suggestions such as ‘change the background colour of the back side of the digipak to something bright and vibrant’ which I then did.

I purposefully gained feedback from both males and females’ ranging between the ages of 18-24, this was because I wanted my music video to appeal to my entire target audience rather than a small fraction. I gained feedback from the same people more than once, this was most effective with my digipak; I asked the same two people to give feedback on my initial digipak ideas and well as my first draft of my final digipak. This was effective because these two people had seen my ideas progress and change; hence my vision would be better understood by them. I acted upon the comments in a productive manner; the method that I adopted to improve my work was to make certain improvements a priority, the feedback which was mentioned by more than one person became my main concern and it was this feedback that I worked on first.

Posted by Rhia Fraser's media AS blog at 12:26 No comments:

How effective is the combination of your main product and ancillary texts?

Posted by Rhia Fraser's media AS blog at 04:37 No comments:

final video from Rhia Fraser on Vimeo.
Posted by Rhia Fraser's media AS blog at 09:48 No comments: 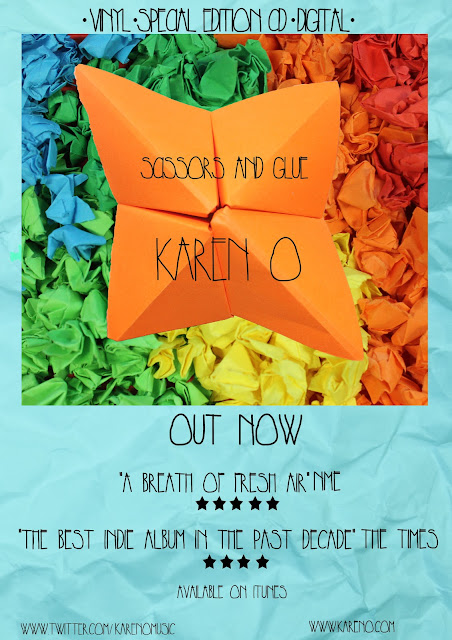 Posted by Rhia Fraser's media AS blog at 09:14 No comments: